Digital twin technology has emerged gradually over the last 15 years. One of the earliest instances of a digital twin was when NASA employed pairing technology and mirroring systems to remotely manage and troubleshoot its satellites. Over the years, the technology has found an increasing number of adopters because its key enabler—IoT sensors—are nearly 50% cheaper than they used to be.

Digital twin technology promises benefits in diverse fields, such as industrial automation and maintenance, healthcare, retail, and aerospace. The concept of digital twin cities brings together many of these fields, and is an exciting way for governments, universities, enterprises, and municipal organizations to collaborate in building smart cities.

What Are Digital Twin Cities?

A digital twin city is a virtual representation of the physical objects and assets in a city. These objects include buildings, roads, systems, products, services, and even processes.

So how does a digital twin work for a city? In order to model a real-world city in a digital form, you need sufficient telemetry about its environment. As an example, key data includes:

A digital twin is then constructed by intersecting these fragments of information. 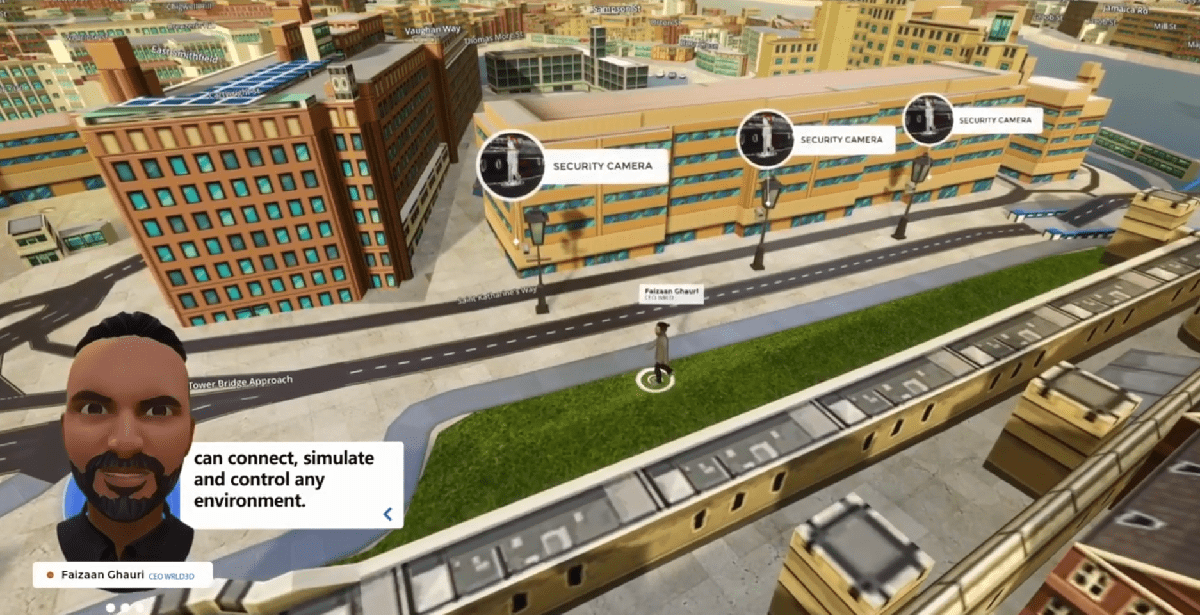 The data collection does not stop after the initial stage. Smart sensors that use IoT technology, connected to these physical systems, continue to gather data on any changes—change in routes, traffic, addition of floors to a building, etc. Data gathered this way is uploaded on to cloud technology, where it is juxtaposed with other contextual data in order to keep the digital twin evolving, relevant, and in synchronization with its physical counterpart.

The Importance of Digital Twins for Smart Cities

Enterprises have successfully benefited from the potential of digital twins in different ways. Last year, a financial powerhouse located in the heart of London’s financial district used the idea of a digital twin, developed using the WRLD 3D maps technology, to create a smart workplace in its award winning office.

Cities can be envisaged as a large-scale extension of enterprises, and a digital twin has a crucial role here.

For smart city implementations, two essential factors come into play—time and money. To achieve fast-paced execution of breakthrough ideas at affordable costs, it’s important to get them right the first time. Accuracy saves time and money that would be wasted on repeated trials. This is where a digital twin comes in handy—it functions as a flexible incubator for ideas at scale.

Digital twin offers a safe method to experiment with prototypes and perform scenario testing. For example, in the field of disaster management and emergency response, a digital twin is a valuable tool to simulate scenarios and determine the most effective way to respond when disaster strikes.

Urban network planning, public transport management, crowd management, installation of telecom networks, and architectural design are some other use cases where a digital twin city can help deliver creative and practical solutions with its 3D visualizations.

Because smart cities are complex ecosystems where multiple elements are interdependent, a systematic and integrated approach using a digital twin can help determine the influence of one entity over another. For example, it’s now possible to assess the impact of weather changes on architectural design or the effect of traffic congestion on real estate investments.

By 2023, the global market for digital twin technology is expected to grow 38% annually to reach $15.7 billion. Many cities such as Paris, Toronto, and Singapore are already leading the way in their efforts to build smart cities.

Singapore has been a trendsetter by employing a digital twin to plan the city and communicate with its residents. Virtual Singapore, the city’s flagship project, taps into static and real-time sources for information on demographics, movement, and climate to create an accurate 3D model. This helps visualize the entire city, from common town areas to building interiors.

The objective is not just to create a visual representation of the city, but also to take it a step further and use the model in collaborative decision-making functions, such as urban planning, flood control, and civil aviation. The digital twin is shared with commercial enterprises, educational institutions, and the public to facilitate research and innovations, and gather timely feedback. It can help to map existing landscape against future projects, which enables architects and builders to harmonize their design accordingly.

Another instance is the use of data—such as height of buildings, surface of rooftops, and amount of sunlight—by urban planners in their analysis of buildings that have potential for solar energy production.

It’s Not About When; It’s About How 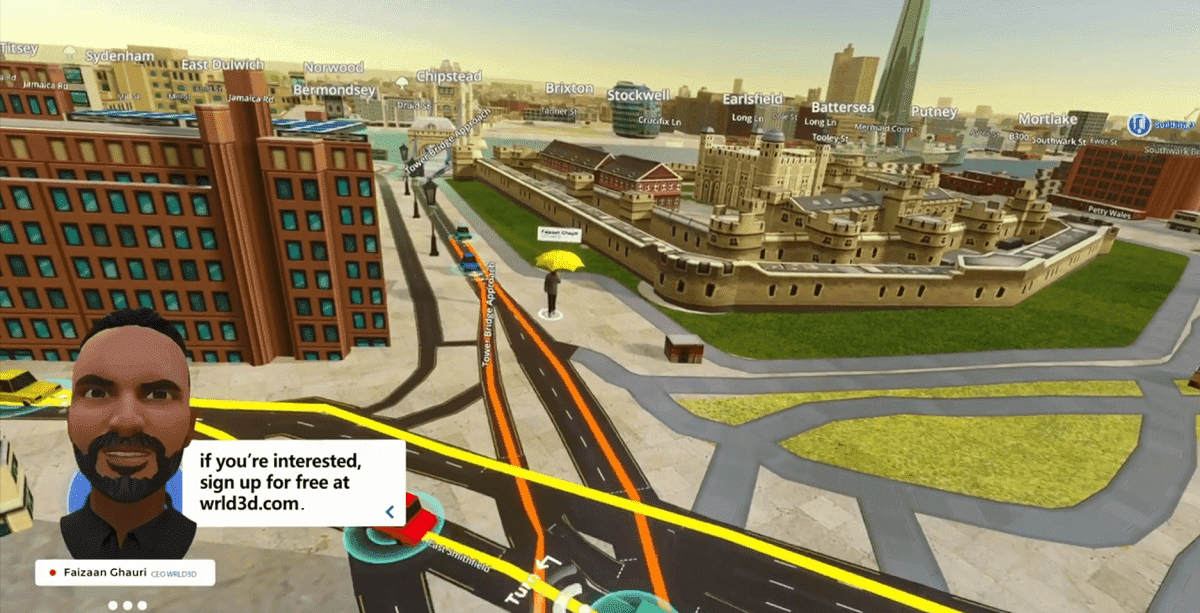 The Gartner Hype Cycle predicts that digital twin technology will reach its plateau in the next five to 10 years. The race has already started. Whether it’s a smart city, smart building, or a smart office that you’re looking to build, the first step to getting there is the 3D representation of physical objects.

WRLD’s 3D maps enable you to get there faster. These self-service design tools are just what you’re looking for to offer out-of-the-box solutions to employees, customers, or residents in a city.

Contact WRLD to get started creating your digital twin today!